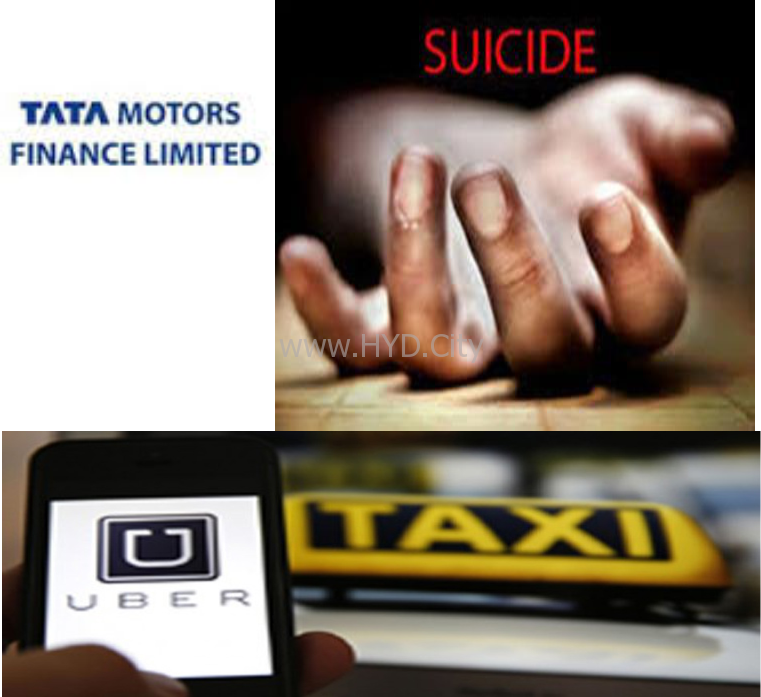 Hyderabad: A 34-year-old Uber driver committed suicide in his house at Begumpet after he failed to keep paying back his vehicle loan. M. Kondaiah allegedly could not get enough money from the cab service to pay his EMIs despite working extra hours. He was depressed after officials from the finance firm came knocking at his home, police officials from Begumpet said.

As news of the suicide spread, Uber and Ola drivers started a protest on Sunday evening. They alleged that Uber and Tata Finance were responsible for pushing Kondaiah into debt, leading to the suicide. The 34-year-old consumed poison in his house. He was rushed to Gandhi Hospital, where he died.
According to police, Kondaiah bought the car seven months ago with financial assistance under the Udan scheme (run by Uber and Tata Finance). “He had to pay `20,000 every month. He was “not earning much”. He had paid the EMIs for three months, and could not pay for the next four months,” said Kondaiah’s relative. Police booked a case and started an investigation.