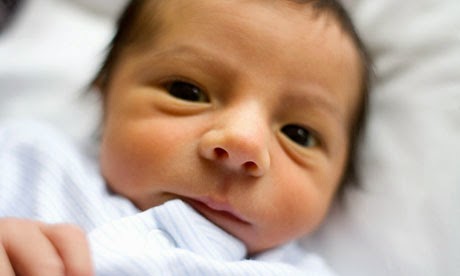 Hyderabad: C-section surgeries of pregnant women have been stopped at Niloufer Hospital, a well known hospital of the city, following the death of 5 women who died while delivering their babies at Niloufer Hospital in the course of just one week. The women underwent C-section surgeries, after which there was severe bleeding in some cases. The deaths occurred between January 28 and February 4 this year. The hospital stopped doing Caesarian surgeries which created panic among the pregnant women and their relatives.

Nusrath was a single parent; she was not living with her husband since the past few months, so the upbringing of the newborn is now the responsibility of the grandmother.

According to her relatives Nusrath was brought to the hospital on January 31, she delivered a baby boy on February 1, and died on the next day. Her mother Yousuf Bi says “After the surgery, she was bleeding heavily. She was administered 16 units of blood. Doctors made us sign papers for a second surgery to correct the bleeding. They said the surgery was successful and took her to Osmania General Hospital (OGH) with an oxygen mask. After five minutes of reaching OGH, they said she is dead,”. Nusrath’s sister alleged that doctors at OGH threatened to file a case on them if they took the body for post-mortem and therefore the family members backed out from autopsy.

Meanwhile alleging botch up in the Caesarian surgeries relatives of the women died during c-section including Nusrath’s mother SK Yousuf Bi and her other daughters staged protest on the hospital premises on Monday. The bereaved family members have demanded justice.

The director of medical education, Dr M Ramani, went to the hospital to review situation. She said that a three-member team consisting of Dr Deep Raj Singh, Dr Rani and Dr Pratibha would look into all the issues that might have caused infection.