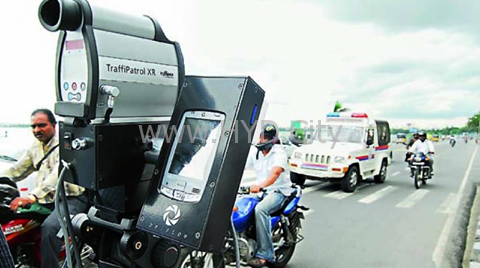 The commissioners of Cyberabad and Rachakonda police have sought these gadgets. HGCL has agreed to release an advance of 50 percent of the initial investment of Rs 12.33 lakh for procuring the devices. The remaining amount will be released after the receipt of gadgets by the police department. The Rachakonda police commissionerate will invite tenders in this regard soon, HGCL managing director B Anand Mohan has said.

To keep an eye on vehicles entering the main expressway through ramps, police patrol teams will be stationed near entry ramps to measure the blood alcohol content (BAC) of drivers. To check rash driving, laser speed guns will be fixed at vulnerable points. According to Anand Mohan, these measures are being taken following the suggestions made by Central Road Research Institute of Council of Scientific and Industrial Research which carried out Road Safety Audit (RSA) on ORR.