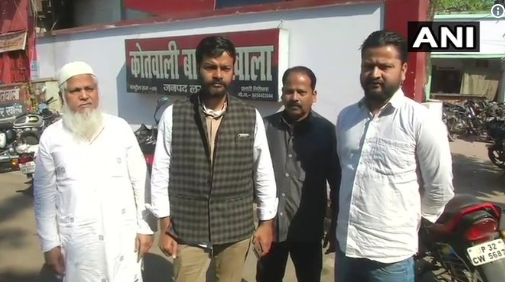 LUCKNOW: An All India Majlis-e-Ittehadul Muslimeen (AIMIM)leader has filed a complaint against Art of Living founder ‘Sri Sri’ Ravi Shankar for his ‘Syria in India’ comments in resolving the Ram Janmabhoomi – Babri Masjid logjam.

On Monday, the Art of Living founder, in an interview with a leading television channel, had said that any delay in resolving the Ram temple issue could result in a Syria-like situation in India.

“If the Ram Mandir issue is not solved, we will have a Syria in India,” Ravi Shankar said during the interview.

This comment by the spiritual leader invited a lot of criticism from all political spheres.

Speaking to ANI, Owaisi said that Sri Sri Ravi Shankar feels so big about himself that everyone should listen to what he says.

The Shiv Sena too had come down hard on his remarks. “In the Ayodhya matter, gurumaharaj has issued a threat. He has tried to create panic by predicting the future. He has given license to chaos by attaching ISIS to the Ram Mandir issue. This must be investigated. Such statements do not suit a spiritual guide,” read an editorial in party mouthpiece Saamana.