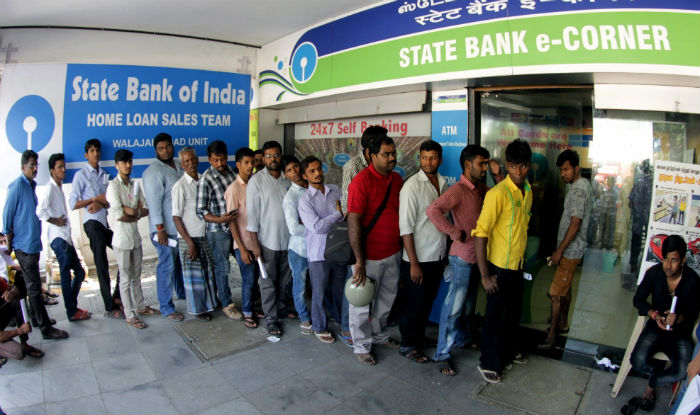 Since salary day, one-third of ATMs in the city are again running dry due to huge withdrawals, irregular cash uploads by agencies and slow recalibration of hardware. The RBI had increased the cash withdrawal limit at ATMs and from savings bank accounts from February 1 to Rs 24,000.

An RBI official said that the software in all the 1,500 ATMs in the GHMC limits had been recalibrated before the Sankranti. “But there are hardware issues with nearly 25 per cent of ATMs. The maintenance agencies have to replace the trays in ATM for dispensing new currency notes.”
Federation of Bank Employees secretary M.S. Kumar blames this on the shortage of manpower. “The cash withdrawals have increased since the first week of this month. Though the nodal branches of banks have been supplying sufficient cash, ATM maintenance agencies were not able to replenish cash to match the demand due to the shortage of manpower and vehicles,” he said.

Before the demonetization, he said the ATM agencies used to visit all the ATMs every day to fill some amount of cash. “Now, the agencies are focusing on ATMs that witness higher demand, while neglecting others,” he said.

An official from an ATM maintenance age-ncy said, “Due to higher demand from ATMs located at prime areas, the cycle of regular visits was disturbed.”

“For replenishing cash, we need trained staff along with private security guard. We can’t recruit such staff immediately, leading to staff shortage. While we get the status of every ATM’s cash position, we rush to specific ATMs on the instructions of the bankers,” he said.

Meanwhile, customers are complaining about some banks continuing the per-transaction cash withdrawal limit, though they have increased the daily limit.
Though RBI allowed customers to withdraw Rs 24,000 per week without any daily limit, it let banks set a daily limit as per the cash availability.

According to Ch. Sujatha from Boduppal, “I withdrew Rs 10,000 in three transactions as the ATM was not dispensing more than Rs 4,000 in a transaction. With this, I exhausted free transactions limit at ATM. When I withdrew cash next day, I was charged Rs 20 for the ATM use.”