DREAM COME TRUE FOR SIRAJ, HYDERABAD BOY MAKES IT TO IPL FOR 2.6CR 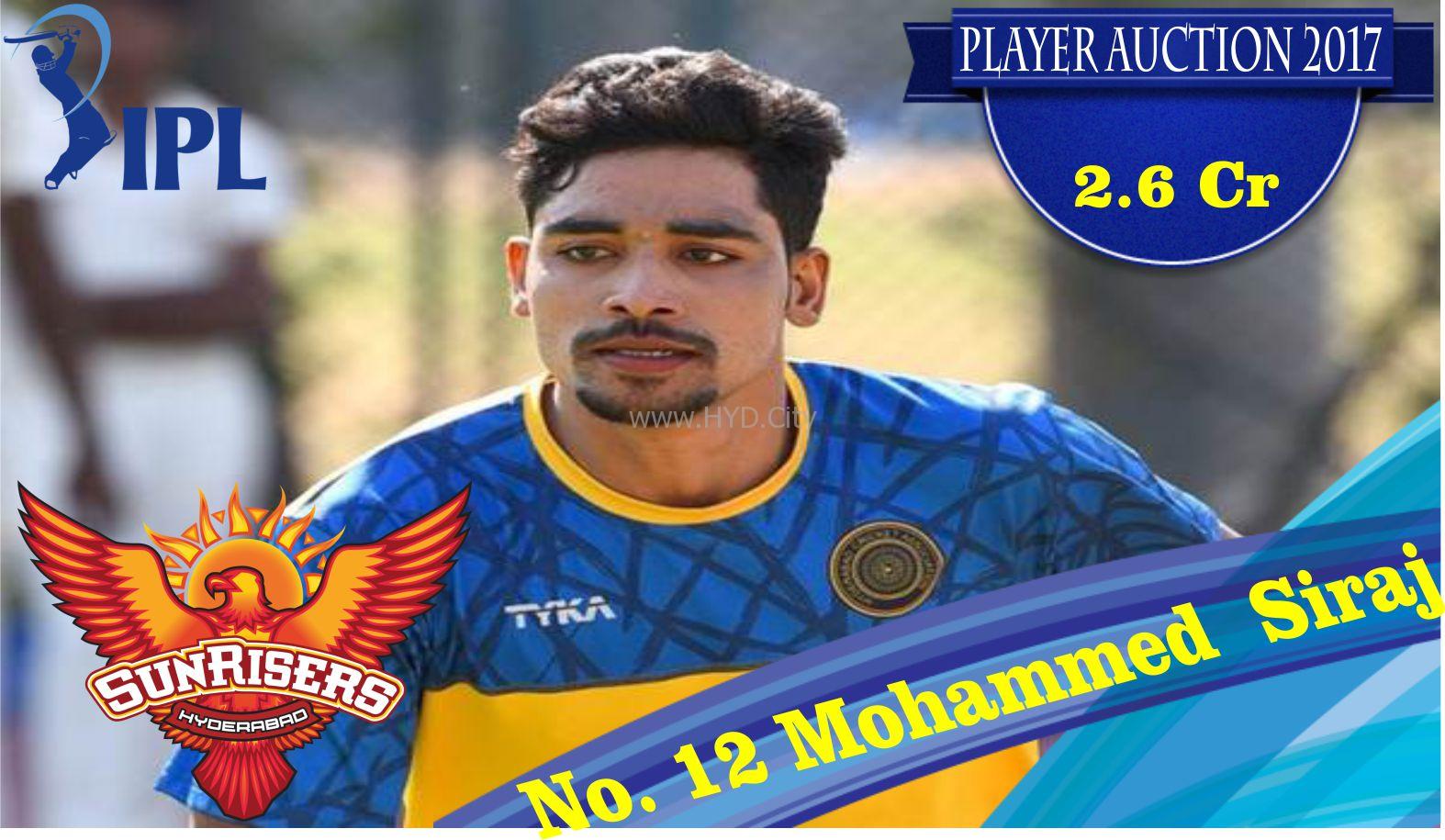 Mohammed Siraj  with parents Md.Ghouse and Shabana Begum at his residence in Hyderabad on Monday.Rewarded for his hard work was Hyderabad pacer Mohammed Siraj, who showed excellence in the recently concluded Ranji Trophy, as he was bagged by the Sunrisers Hyderabad for Rs 2.6 crore. English all-rounder who was impressive in the series against India.

Speaking to CNN-News18, Siraj said, ” I am very happy and did not expect this amount. I want to thank my family for all their support. Now, I want to improve on my bowling and give my best performances.”

Siraj’s father Mohammad Ghouse, an auto driver and a diabetic patient driving for living since 25 years. The medium-fast bowler wants his father to give up his auto –driving and lead a happy life.

“Yes, it was at times difficult meeting both ends. But my father never discouraged me from playing cricket. Today, he is a very happy man seeing him in the media headlines and taking wickets for Hyderabad. I dedicate my wickets to my parents, who have sacrificed a lot for me’’ said Siraj.

Siraj’s mother Shabana Begum, who used to work in houses to make both ends meet till last year, said that her son was passionate about cricket since childhood. she recalls how she used to taunt him when he was always on the streets playing his favourite game.

“I was very worried about him as he was always on the streets playing cricket. I even beat him many times and taunted him that when his elder brother Ismail was an engineering student, the younger one never concentrated on his studies. He gave me sleepless nights,’’ she told in a interview with Telangana Today.

She even extracted an oath from Siraj vowing no to play the game further, but that too didn’t stop the budding cricketer.

“But that did not deter Siraj from slipping away to play his favourite game. I was very scared about his future. Today I’m happy that he has become a good cricketer. But it is all Allah’s blessings.’’

A resident of Khazanagar in Banjara Hills, Siraj has come up the hard way.