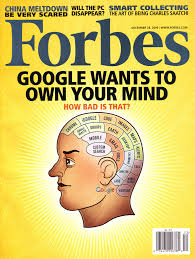 Forbes 2018 Worlds Billionaires list includes a total of 256 women — an all time high — and their collective net worth topped USD 1 trillion, up 20 per cent since last year.

Biocon chief Kiran Mazumdar-Shaw is the second richest Indian woman. She is Indias richest self-made woman and was ranked 629th on the list with a fortune of USD 3.6 billion.

“Biocon makes a range of generics to treat, among much else, autoimmune diseases, diabetes and cancer. The company is Asias largest insulin producer with a factory in Malaysias Johor region,” Forbes said.

Other Indian women on the list include Smita Crishna-Godrej at 822nd place with a net worth of USD 2.9 billion and Leena Tewari, who chairs the privately held USV India, at 1,020th rank with a fortune of USD 2.4 billion.

USV specialises in diabetic and cardiovascular drugs, with a portfolio that spans biosimilar drugs, injectables and active pharmaceutical ingredients.

Anu Aga is the sixth richest Indian woman on the list, ranked 1,650th with a net worth of USD 1.4 billion.

Forbes said “after a two year hiatus, Anu Aga regained her billionaire status on a jump in shares of engineering firm Thermax, in which she owns 62 per cent”.

Sheela Gautam, who set up Sheela Foam in 1971, best known for its Sleepwell brand of mattresses, was ranked at the 1,999th place with a fortune of USD 1.1 billion, while newcomer Madhu Kapur, who got her fortune from a 9.3 per cent stake in Bombay Stock Exchange-listed Yes Bank too was ranked 1,999th with a net worth of USD 1.1 billion.

Globally, Alice Walton, the only daughter of Walmart founder Sam Walton, was the richest women billionaire with a net worth of USD 46 billion, while Francoise Bettencourt Meyers and family, who own 33 per cent of LOreal stock, was the second richest woman in the world with a fortune of USD 42.2 billion. She was ranked 18th on the global list.