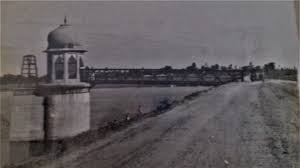 Dozens of student volunteers, Greater Hyderabad Municipal Corporation officials, and trainees of Police Department and Forest Department descended on the banks of Fox Sagar lake to help clean up the water body on the fringes of the city on Tuesday morning.

“The clean up will continue for two more days. We filled up two big dumpers and over 400 bags of garbage was collected from the lake bed which has become a free-for-all dumping site for nearby residents as well as industries,” said Tejdeep Kaur Menon of Telangana police, who led the clean-up operations.

“We found rubber tubes, electric cables, discarded netting, car insulation material and industrial waste dumped on the site. There is a jurisdictional conflict that is hobbling the clean up,” informed Ms. Menon. The 482 acre lake is a natural water body on whose banks the sixth Nizam built a pump house to supply water to nearby areas. But now, about 8,000 apartment and residential complexes have come up in the area along with a clutch of industries which dump waste on the banks of the lake and also chemical effluents.

Fox Sagar is among the 19 lakes identified for lake rejuvenation as per the National Lake Conservation Plan guidelines. An ₹ 8 crore STP, which is part of its rejuvenation plan, has been approved by MoEFCC and submitted by EPTRI to South Korean Green Climate Fund (GCF). – The Hindu