Hyderabad Cops booked for Assaulting a Businessman for extortion. 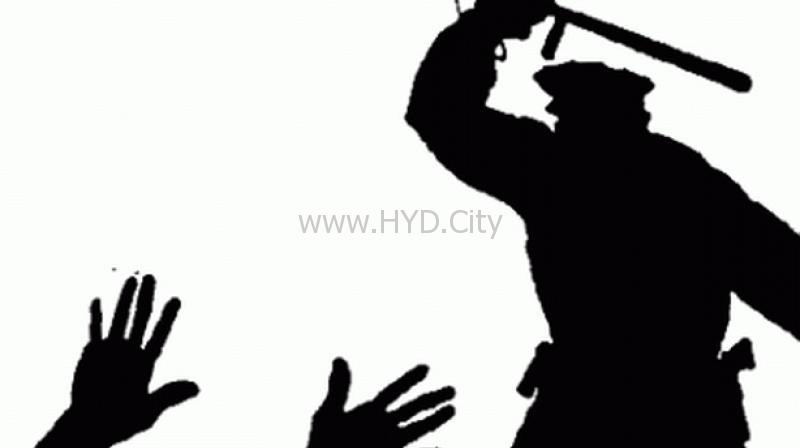 The Hyderabad police booked a case on Friday against a former Assistant Commissioner of Police (Crime),  two Sub-Inspectors and a civilian for  allegedly assaulting a businessman after being involved in a civil dispute.

The case was registered with the Meerpet police under the Rachakonda commissionerate.

The accused SIs have reportedly been suspended by Rachakonda police commissioner Mahesh Bhagwat.

It was reported that ACP was first transferred to the office of the Director General of Police (DGP) and later was posted as commandant, TSSP XIII battalion at Adilabad.

The Hindu report said that a report of the ACP’s suspension was sent to higher-ups.

The incident took place on December 31 last year. The victim, Santosh Kumar Reddy, had earlier lent Rs 1 crore to Jeevan for developing a venture in Bandlaguda. However, Jeevan neither completed the project nor returned the loan..

When Santosh asked for his money, Jeevan contacted ACP Ramulu seeking to settle the issue. Then the ACP and the SIs allegedly called Santosh to Jeevan’s residence and threatened him.

They also reportedly beat him up and later, took him to Meerpet police station.

“There the ACP forced me to write all financial transactions between me and Jeevan on a white paper and settle the issue in his presence. Then they send me away and asked me to come along with my elders the next day to settle the issue,” Santosh told Deccan Chronicle.

While Santosh was hospitalised, Ramulu Naik is alleged to have kept calling and threatening him.

“The charge is that both the sub-inspectors hit him with sticks, while the ACP kicked Santosh. We got the letter yesterday and the same day , a case was registered,” Meerpet inspector Ch Ranga Swamy told the Times of India.