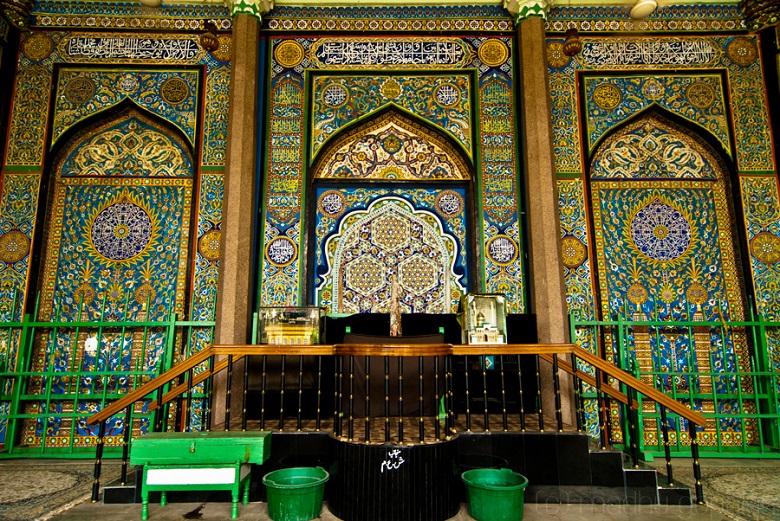 Culture flourished before the Maurya and Satavahana rule since megalithic age in the area where hyderabad stands today. There were Buddhist monasteries in the area of Hyderabad, it is said. The Chalukya ended around 1200AD and Kakatiya took over the region, the power of Warangal, about 180 km from Hyderabad. Around 1320AD, Mohammad Bin Tughlaq of Delhi invaded Kakatiyas, which led to the Bahmani which operated from what is now Karnataka, slowly taking over the region, the fight against neighboring empires. For about 1450AD, which were undisputed masters.

The Bahmani and Qutub Shai Period of Hyderabad

The dynasty’s founder, Sultan Quli Qutb-ul-Mulk, migrated from Delhi to south, to serrve the Bahmani sultan, Mohammad Shah. He conquered Golconda, Quli Qutb-ul-Malik operated from a fortress called Golconda, after the disintegration of the Bahmani Kingdom into the five Deccan sultanates he declared independence in 1518.Soon after, he declared independence from the Bahmani Sultanate, took the title Qutub Shah, and established the Qutb Shahi dynasty of Golconda.

His great great grandson Mohammed Quli Qutb Shah founded the proper city of Hyderabad in 1589-1594 south of the Musi River, 8 km from the Golconda Fort, and built a bridge over the river to connect the fortress of the city (now Purana Pul ). Muhammad Quli Qutub Shah called architects from Iran to lay out the city, which was built on a grid plan. Hyderabad was named as the City of Hyder (meaning lion in Arabic) after the title of the Hazrat Ali (R.A) fourth Caliph of Muslims. Muhammad Quli Qutb Shah also built Charminar Masjid in 1591 as a tribute to have divine help to prevent an epidemic. The huge structure with four minarets symbolizes Hyderabad in many places and publications,even today it is a must visit .  All iconic structures were built by qutub shahis during this period, which are Golconda Fort, Qutub Shahi Tombs, Hussain Sagar Lake, Purana Pul and others.
Flag of the Qutb Shahis

In fact, it is known that seven generations Qutb Shahi dynasty have done quite well in enriching the city eventually became its capital. The dynasty ruled Golconda for 171 years, until the Mughal emperor Aurangzeb conquered the Deccan in 1687 and put his governors to adminster the region for four decades seemed neglect and ruin.

During this period the Mughal Emperor Aurangazeb Ruled Hyderabad through Mir Qamar-ud-Din Siddiqi, a viceroy of the Deccan under the Mughal Empire from 1713 to 1721. He intermittently ruled after Aurangzeb’s death in 1707. In 1724, Mughal control lapsed, and Asaf Jah declared himself independent in Hyderabad.

The Asaf Jahis ruled Hyderabad region and city for 200 years till October 1948 till Indian Government Annexed it by Military Action. When the British got the balance in India, the Nizams were allowed to continue governing their dominions like kings princely states. The Nizams retained the inner power to Hyderabad state. During the colonial period Nizam of Hyderabad state became the richest. The Nizams also developed the railroad, and the introduction of electricity; roads, developed respiratory, irrigation and reservoirs; in fact, all large public buildings in the city of Hyderabad were built during his rule. He pushed education, science, and the establishment of Osmania University in the city. The Nizam was conferred the title of His Exalted Highness by the British the only monarch in the world to get the title. The rule of the Nizams brought cultural and economic growth of the city of Hyderabad. An example of the wealth of the city during Nizam rule are the jewels of the Nizams, which is an international tourist attraction which occasionally displayed in Salar Jung Museum. In 1948, the State of Hyderabad had an estimated $ 17 million (1.7 crore), and generated annual revenues of £ 90,029 million. The state had its own currency called Osmani Sikka until 1951. According to the list of all time Forbes Rich 2008, Nizam Mir Osman Ali Khan is the fifth richest man in history, with an estimated value of US $ 211 billion, the then ruler Mir Osman Ali Khan had been the richest man in the world until the end of his reign.. Chowmahalla Palace, Purani Haveli, King Kothi Palace, Hyderabad House in New Delhi, Mahboob Mansion, Falaknuma Palace, Bella Vista, Hill Fort Palace, Chiran Palace, Saifabad Palace, Khilwath palace building Madina, Assembly Telangana, Osmania General Hospital, Central Library , Arts College, City College, College Nizams, the Superior Court of Judicature of Hyderabad, public gardens, Niloufer hospital, Jubilee Hall, library Asafia, were endowed with the landscape of the city by the Nizams. During the reign of the Nizams of the city was developed in the fields of literature, art, architecture, culture, jewelry and distinct cuisine which includes Hyderabadi biryani and Hyderabadi haleem. When India became independent in 1947, the Nizam wanted not to be merged with the Indian Union and wanted to remain independent. Indian government annexed it with Military Action in Sept 1948. Since then Hyderabad city has become capital of Indian State of Hyderabad.

Dr. BR Ambedkar Hyderabad city attained the role of being capital of Indian state of Hyderabad. The las Nizam Mir Osman Ali Khan attained the role of Raj Pramukh.  The dominions of the state included complete areas ruled by the erstwhile Nizam State which included Marathwada, Berar and North Karnataka along with the present day Telangana. After the demarcation of Indian state on linquistics basis the Marathwada became part of Maharashtra drawn from erstwhile state of Bombay, North Kannada districts were merged with Karnataka which was drawn from erstwhile Mysore state. In this process the remaining telangana or the telugu speaking part in which areas Hyderabad city was situated was merged as Andhra Pradesh drawn from erstwhile state of Madras Presidency. Thus Hyderabad city had become capital of Andhra Pradesh which was formed on liquisitic basis.

Major General Choudhary – Military Governor 1948-1949, MK Vellodi was appointed Chief Minister of the State January 26, 1950 – 53. In the first election of the Assembly State in India, 1952, Dr. Ramakrishna Rao Burgula 1953-1956 was elected Chief Minister of Hyderabad State these governments were seated in Hyderabad City as its capital.

Hyderabad city was a great gift to the state of Andhra Pradesh.  Any state would be happy to inherit it as a capital because of its infrastructure, distinct cuisine and culture.  The city was the major revenue contributor and tourist destination. When hyderabad city became Independent from the Nizams it was the Major city with unmatched infrastructure all over India, according to Dr. B R Ambedkar it had infrastructure equal to Delhi. He even suggested Indian Government to make it its capital. Many projects were taken up in hyderabad but it failed to retain its previous ranking of 5 largest city of India after Delhi, Kolkata, Mumbai and Chennai and lost it to Bengaluru. Now Hyderabad city is 6 largest in India.

Upon a great uprising against the erstwhile Andhra State the state of Telangana was achieved after 60 years of struggle for statehood the longest struggle in Modern History of India. The telangana state was formed against deep resentment of telangana population again Andhra regionalism. Hyderabad being Geographically and historically part of telangana was a natural capital of the new State. Many theories were mooted by the governments of erstwhile Andhra Pradesh to include Hyderabad as joint capital of both the states, but the telangana agitators would not accept Telangana state without Hyderabad as its capital, a mutual understanding was reached by centre and both state governments to allow Andhra Pradesh use the City of Hyderabad as its temporary capital for a period of 10 years, so that they can build all the necessary infrastructure for their new capital in remaining Andhra Pradesh. As of now Hyderabad is the shared capital for Andhra State as well for upto 10 years.