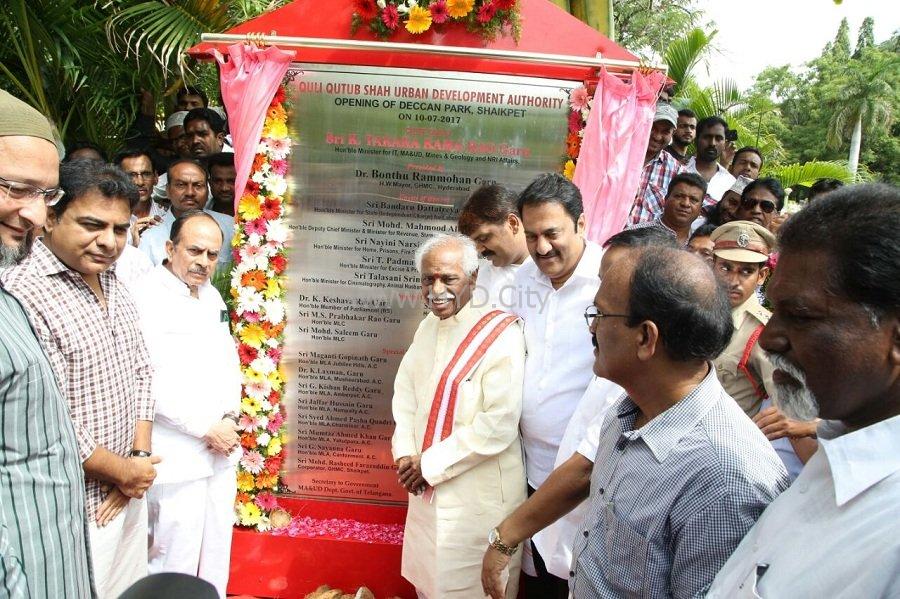 AIMIM leader and Hyderabad MP Asadudin Owaisi on Monday raised support to ensure the “Heritage City Status” to Hyderabad by UNESCO on the lines of Ahmedabad in Gujarat. BJP and TRS came in support of UNESCO Heritage Status for Hyderabad the Union Minister Bandaru Datatria, BJP and Telangana Minister of Information Technology and Municipal Administration and Urban Development K T Rama Rao said he would raise the issue with the central government.

UNESCO yesterday named Ahmedabad as the World Heritage City. This is the first city in India to get a label. Owaisi raised the issue of making Hyderabad Heritage City at the opening of Decan Park here in the presence of K T Rama Rao and Secunderabad MP and Central Minister Dattatreya.

Lok Sabha member of Hyderabad later made a tweet, “The Decan @Minit_Telangana Park opened in 7 graves in Hyderabad and Dattatreya even reiterated this call saying Hyderabad should get heritage status as ahmedabad.” The same was reiterated by KT Rama Rao in a tweet. “We fully agree and will fight for it.