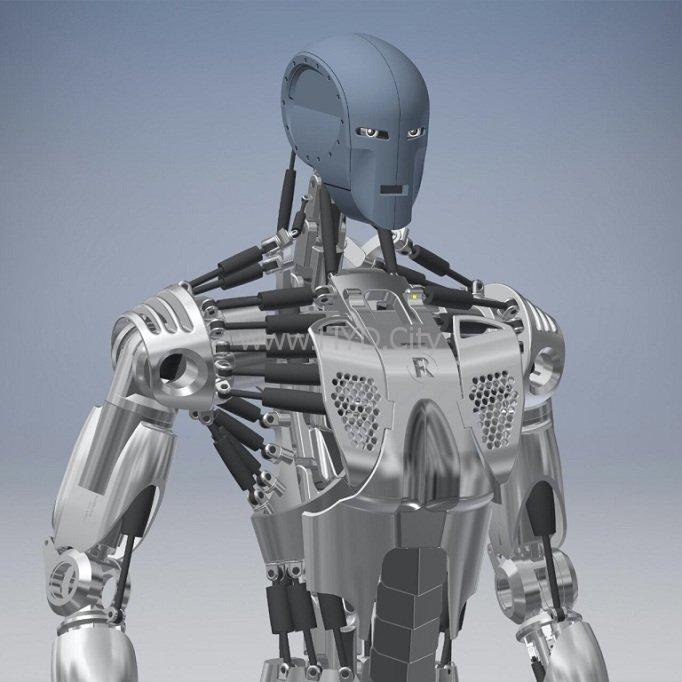 Hyderabad people is going to see humanoid traffic police very soon. This hyderabad robo cop can walk, recognize people, take complaints and diffuse bombs too. Jayesh Ranjan, Principal Secretary, ITE&C Dept, Govt of Telangana unveiled Design of hyderabad robo cop on wednesday, which H-Bots Robotics is going to come out with by the end of this year. It will be the world’s second humanoid robot after Dubai. The one in Dubai was made in France and deployed in Dubai. But, in this case hyderabad robo cop will be totally an Indian made humanoid Robot. Jayesh Ranjan also inaugurated Makers Leeway, a high end Robotics Lab for startups and Robotics enthusiasts here in city at Gachibowli today. It is the first of its kind of a facility in South India and Second in India.

Jayesh Ranajan also unveiled Design of Police Robot, which H-Bots Robotics is going to come out with by the end of this year. Jayesh Ranjan unveiled two products of the H-Bots Robotics startup. He unveiled H-Bots Card which will enable Robotics Researchers to use Research Facilities across India in 40 such labs.

Addressing the gathering immediately after inaugurating it the Makers Space Leeway, Jayesh Ranjan said Government will soon come out with IoT(Internet of things) Policy. Robotics is going to be part of it. “When we launched IT Policy of Telangana State some time ago, we then announced that we would also come out separate policies for ten allied industries of the IT Sector. While we have already come with policies on 8 allied sectors which include Startups, Animation Industry, Cyber Security etc and others, we will announce IoT Policy of Telangana State in next 3 to 4 months. The policy draft is in final stages, Jayesh informed.

“We will test hyderabad robo cop for two months to deploy on December 31st at Jubilee Hills Check post. We will have to finalize those details with Police and the Government, told Kisshhan PSV, the founder of H-Bots Robotics Pvt. Ltd. “We are building capacity to produce 10 such Private Police Robots which can be private security guards and can be deployed in Hotels, Hospitals and Offices, he informed. “We will be able to produce ten such Robots in a year. And our plan is to make them available at a price of Rupees three lakhs each. So that they are affordable by many, he told. Our dream is to make Hyderabad known for Robotics in the world”.

Srinivas Kollipara of T-Hub and many other players in the ecosystems graced the inaugural.