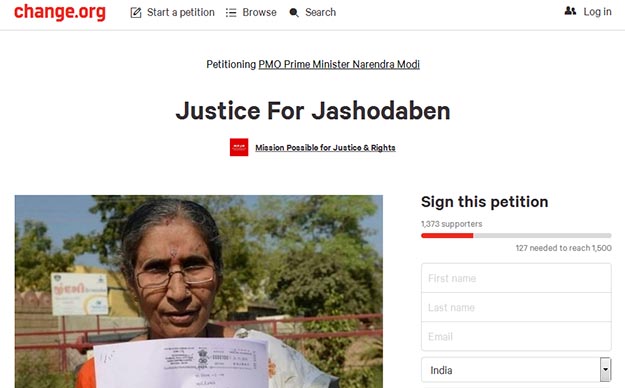 Hyderabad: In a bizarre demand a Hyderabad woman has been observing fast for the last seven days for justice for Jashodaben. She is demanding that Prime Minister Narendra Modi should either formally accept Jashodaben as his wife and bring her home or remove the security provided to her.

As reported by Mumbai Mirror, Palepu Suseela, a homoeopathy doctor by profession, is fasting at her residence in Hafeezpet area of Miyapur on the outskirts of Hyderabad. If Jashodaben is the wife of Prime Minister Narendra Modi, as believed, PM who is staunch believer in Bharatiya dharma, should invite her home and respect her as his wife, says Suseela.

Mumbai Mirror has quoted her as saying “As a Hindu woman, I want justice to my fellow woman. She either needs recognition as the wife of PM Modi or freedom from the security. The security cover curtails her freedom for no fault of hers.”