Since 1998 it is known as KBR Park. This park is spread over 395 acres of lush green jungle. This place is referred mostly as Jungle within a concrete Jungle. The Chiraan Palace as it was known was established in 1960 and was gifted to present Nizam Prince Mukarram Jha by his father prince Azam Jah in 1967.

KBR Park houses the Chiraan Palace of the Nizam of Hyderabad which he uses often when he stays in Hyderabad. At present 11 acres is allocated to his palace after the takeover as National park in 1998.

KBR Park is mainly used by joggers which is separated by wall for the conservation zone of the park. Park has two watch towers to have a birds eye view of the park.

KBR Park has over 600 species of plant life, 140 species of birds and 30 different varieties of butterflies and reptiles. Some of the animals making their home in the park include: pangolin, small Indian Civet Jungle cat, Peacock and porcupines. There are few water bodies present in the park providing the needed moisture for the plants and quenching the thirst of birds and small animals.

KBR Park is frequented in the evenings and weekends by young and old alike. There are two zones of the national park which are conservation zone and visitor zone for joggers and nature lovers.

Commute to KBR Park through nearest MMTS station which is at Madhapur. It is located on Jubilee Hills Check post, opposite to TDP Party house and LV Prasad Eye Hospital is the closest landmark. 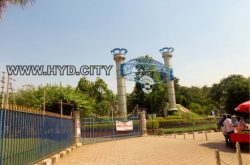 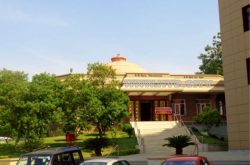 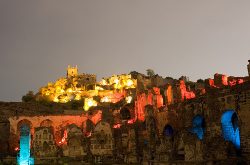