Hotel Shadab has been the best eat out restaurant of Hyderabadi Dum Biryani, Hyderabadi Haleem and Nahari Paya. They have been serving the Hyderabad Haleem and Biryani enthusiasts since decades. Situated just Opposite Madina Building and besides Badi Shahi Ashoorkhana.  The Hotel has bagged many accolades and awards by well established agencies, some of the awards conferred are :

Hotel Shadab is a distinct characteristic of a Hyderabadi Hotel as it was established decades back. As the hotel has high footfall and low seating capacity probably you have to wait for a hour for a table. They also have a separate section for families.

The Hotel had its origins in 1953 in a small canteena nd café that served as an annex. Started by Mr. Babu Miya, the café served Irani chai, Coffee and Snacks which became instantly popular. In 1983, Shadab Persis, an air colled multi cuisine Restaurant opened on the first floor of the café.

Parking here for two wheelers is not a issue, they can be parked on both sides of the main road, but very difficult of four wheelers, Plan it out before moving to this place. 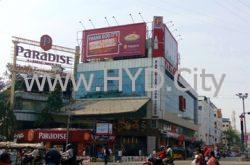 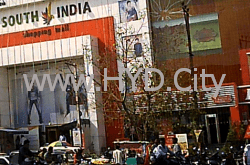 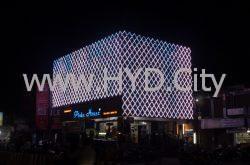