Hyderabad House, is a building in New Delhi, India, used by the Government of India for banquets and meetings for visiting foreign dignitaries. It was designed by the eminent British architect Sir Edwin Lutyens and built by Babukhan Constructions as the residence of Mir Osman Ali Khan in Delhi, the last Nizam of Hyderabad.

Hyderabad House Designed by Sir Edwin Lutyens for the last Nizam of Hyderabad, after the most important princely sovereigns of British India were exalted at the House of Princes in 1919 and attended the meetings of the Chambers in Delhi. Hyderabad House is located next to Casa Baroda, the former royal residence of the Maharaja of Baroda and currently the seat of the Norther Railways.

After independence from India in 1947, the palace was taken over by the Indian government from Nizam. Hyderabad House is currently used by the Government of India for banquets and meetings for visiting foreign dignitaries. It has also been the site of joint press conferences and important government events.

Hyderabad House has been spread over 8.77 acres, and built in butterfly form, in Indo-Saracen architecture. The lobby of the palace, a dome with an entrance hall below with symmetrical wings at a fifty-five degree angle, is the outstanding feature. It has 36 rooms, including a zenana, four of which have been converted into dining rooms. It is located northwest of the gate of India.

With the exception of the Viceroy’s House, Hyderabad House was the largest and largest of all the palaces built in Delhi by Edwin Lutyens in 1921-1931. Nizam’s children did not like the building, as it seemed too Western for their taste and was rarely used. 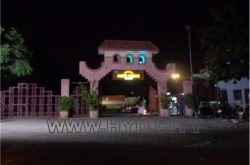 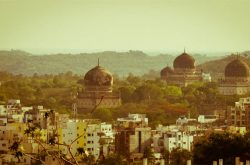 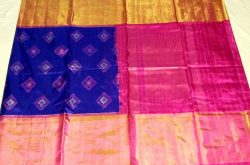