Further the Hotel has different sections for different types of customers, it has a bakery and tea section where you are not provided any seating facility, here you can order all bakery items, juices and tea.

There is a well placed takeaway section where you can order all the dishes available at the hotel be it Hyderabadi Dum Biryani, Haleem, Kebabs or any other cuisine and take it to your home.  The section is easily visible and accessible to anyone as it is adjacent to the road near the turning of the hotel.

The have AC Section, Roof Top Garden section with a clear view of the main cross roads and there is a separate section for quick crowd who would just want to grab some Hyderabadi Dum Biryani or Hyderabadi delicacy without much fanfare or ambience. So it takes care of every aspect of society. 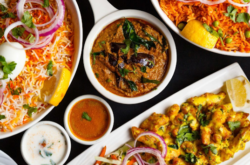 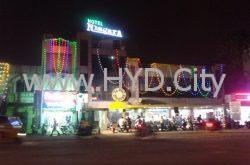 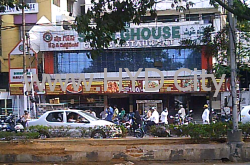