Warangal is a city and the district headquarters of Warangal Urban District. Warangal is the second biggest city in Telangana after Hyderabad, spreading across 407.77 km (253 mi) with a population of 811,844.

It has more than 1000 year old history and very ancient when compared to the city of Hyderabad. Warangal served as the capital of the Kakatiya dynasty which was established in 1163. The kakatiyas were instrumental for warangal city history and monuments like the qutub shahis and nizams are for Hyderabad. The monuments left by the Kakatiyas include fortresses, lakes, temples, and stone gateways helped the city to become a significant tourist attraction.

Warangal is a tricity Including its two urban neighborhoods of Hanamkonda and Kazipet and second most populous city in state of telangana.

Warangal Fort, is the major attraction in the city of Warangal, the fort has existed since the 12th century, built by the kakatiya dynasty. The fort has four famous ornamental gates which also is part of telangana state logo, known as Kakatiya Kala Thoranam.  The famous Rudrama Devi ruled from this fort til 1289 AD and later by prataparudra II, each of them increased the height of the fort in their reigns. We can ideally say that the fort was seat of power when even hyderabad was not there and more historic than golconda fort of hyderabad which was a later construction by the qutub shahis. The Kakatiyan arch has been adopted and officially incorporated into the  logo of Telangana after the recent state bifurcation.

In 1309 Malik Kafur from delhi sultanate invaded the fort with a army of one lakh and more and laid seige to the fort for almost 6 months, prataparudra conceded defeat and made truce with Malik Kafur and surrendered all his wealth to the invading army which included the world famous Koh-i-Noor diamond, this has been chronicled by the famous biographer Amir Khusro. Prataparudra was retained as the governor for a sum of royalty which praparudra later stopped paying delhi sultanate and invited the wrath of delhi sultanate and had to surrender and was retained as a vasal of delhi sultanate. The fort after taking prataparudra captive came under the rule of Tughlaq and later under the qutubshahis and finally the nizams of hyderabad.

Kakatiya rulers constructed many Hindu Temples during their rule. The most famous of them is the Thousand Pillar Temple . The exact date cannot be ascertained for its construction but it is believed it is contructed in between  1175–1324 CE.  The temple lies in ruins between warangal and hanamkonda highway some 150 kilometres from the city of Hyderabad.

There are three shrines within the temple   called Trikutalayam, dedicated to Shiva, Vishnu, and Surya. The temple design is star shaped with many lingams and shrines. As the name goes the temple has 1000 pillars to the structure and no pillar obstructs a persons view to the diety. The temple is surrounded by a garden with many lingams.  You can find a carving of a nandi the bull diety in basalt in the precincts.

Very recently in 2004 the temple has been renovated by the government of India’s Archaeological Survey of India, further renovation is happening to get the temple the look it had on its haydays of kakatiya dynasty.

The temple is easily accessible by road and rail and it is just 4 kms from warangal railway station.

The temple is  houses the goddes Padmakshi and run under Hanumadgiri Padmaskhi Devasthanam. The main feature of the temple is the impressive four faces of a pillar called the Annakonda Pillar, which is quadrangular column made of black granite stone, is the entrance of the temple. It is located in center of Hanamkonda town on a hilltop on large rocky outcrop, constructed during the reign of the kakatiya dynasty. Every year the famous bathukamma festival of telangana is celebrated by lakhs of women and the pond at the foot of padmashi billock is used to immerse the bathukamma flower decorations, as is the custom.

It is believed that the temple was built in 625 by King Pulakeshin ap. AD of the Chalukya II dynasty to commemorate his victory over the region of Andhra Vengi Densham, according to the scriptures on the temple wall. 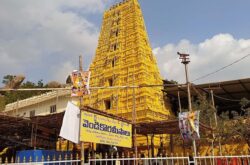 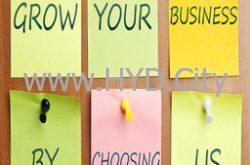 Post your project and get freelancer – Add Any Project