NASA Spacesuit with Built in Toilet 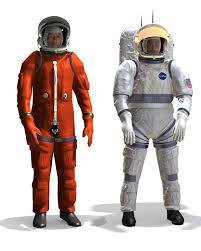 NASA Spacesuit with Built in Toilet

Astronauts on NASA’ s next-generation human spacecraft, Orion, may have the option of avoiding a visit to the toilet during their deep space trip as engineers at the space agency are working on a new spacesuit with a long-term waste-disposal system.

NASA Spacesuit with Built in Toilet will contain all the necessary functions to support life and is being designed to sustain the crew in the unlikely event the spacecraft loses pressure.

NASA Spacesuit with Built in Toilet Such a system has not been a part of NASA spacesuits since the Apollo era, and the new waste-disposal system will likely have a lot in common with those used in the 1970s, Space.com reported on Tuesday.

The Orion spacecraft will be able to carry humans well beyond low Earth orbit. While it is not big enough to support a nine-month trip to the Red Planet, the vehicle could carry humans around the Moon and back.

Orion will be equipped with a toilet, but the new spacesuit is being designed to help astronauts survive in case of emergencies for up to six days — meaning they would have to be able to do things like eat, urinate and defecate without taking them off.

NASA Spacesuit with Built in Toilet will include a fecal bag that is very similar to those used in the Apollo suits, and, for men, they will also use condom catheters, which remain the simplest, most straightforward approach, Kirstyn Johnson, a NASA engineer who is leading the design of the internal systems  for the Orion launch and landing suit, was quoted as saying by Space.com.