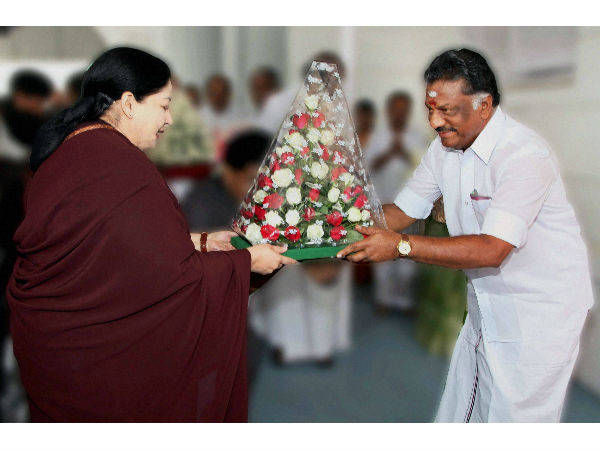 In a dramatic development in Tamil Nadu, ‘caretaker’ chief minister O Panneerselvam dropped a bombshell, saying he was forced to resign and propose All India Anna Dravida Munnetra Kazakham (AIADMK) General Secretary VK Sasikala’s name to the top elected post in the state.

Here are the top developments:

1. O Panneerselvam on Tuesday went to Jayalalithaa memorial, meditated for over half an hour. Later, he accused VK Sasikala’s camp of pressurising him to step down from the chief minister post. “I am saying these facts in front of you to make things clear in public. I will continue to struggle. I will take back my resignation if people, MLAs want,” Panneerselvam had said.

2. Panneerselvam also said Sasikala and her supporters got annoyed with the success of his government on issues like Jallikattu protests, mitigating of drinking water crisis in Chennai, setting right the damage caused by Vardah cyclone.

3. VK Sasikala soon after the emergency meet with party MLAs, addressed a press conference. She alleged that the main opposition Dravida Munnetra Kazakham (DMK) was behind O Panneerselvam’s revolt against her and asserted that all the party MLAs are with her and hence there is “no problem” in her becoming the Tamil Nadu Chief Minister.

4. Panneerselvam was also removed from the post of party treasurer and would also be removed from AIADMK’s primary membership, Sasikala announced.

5. Soon after being removed from the post of AIADMK treasurer by party General Secretary VK Sasikala, Chief Minister O Panneerselvam said no one had the right to do so and rubbished her claims that DMK was behind his moves.

6. DMK Working President MK Stalin too extended support for Panneerselvam and said that action should be taken against those who had threatened him to resign from the post of Tamil Nadu Chief Minister.

7. Congress blamed BJP-led National Democratic Alliance Government at the Centre for the political chaos going on in Tamil Nadu and alleged that the latter is trying to utilize the situation to stamp the presence of the saffron party in the state. “Modi government is playing dirty game. They want to create problem for the political parties and they want to get some advantage as BJP has no hold in Tamil Nadu and they think this an opportunity to be utilized,” state Congress president S Thirunavukkarasar was quoted as saying by ANI.

8. As soon as Paneerselvam concluded his explosive press conference on Marina Beach, he had already become hero for netizens cutting across party lines. Appreciating Paneerselvam’s declaration, DMK MLA from Chepauk-Triplicane J Anbazhagan tweeted congratulated him for his bold speech while joint secretary of the AIADMK IT wing Hari Prabhakaran tweeted in support of OPS, saying that he was not afraid of being removed from his post.
9. Sasikala is already waiting for the Supreme Court’s verdict in the 20-year-old disproportionate assets case involving late former chief minister of Tamil Nadu J Jayalalithaa. A positive judgment will solidify Sasikala’s standing as Chief Minister of Tamil Nadu, whereas a conviction will come as a blow to her run to the CM’s chair.

10. On Tuesday, veteran ADMK leader PH Pandian claimed that Sasikala’s elevation was against party norms, saying she didn’t have the locus standi to either be the party chief or chief minister. “Within 20 days after the demise of Jayalalithaa, party leaders were made to say that they wanted Sasikala to be the party chief and added that it was against party rules. Only cadres can elect the general secretary,” Pandian had said. – TNN & Agencies