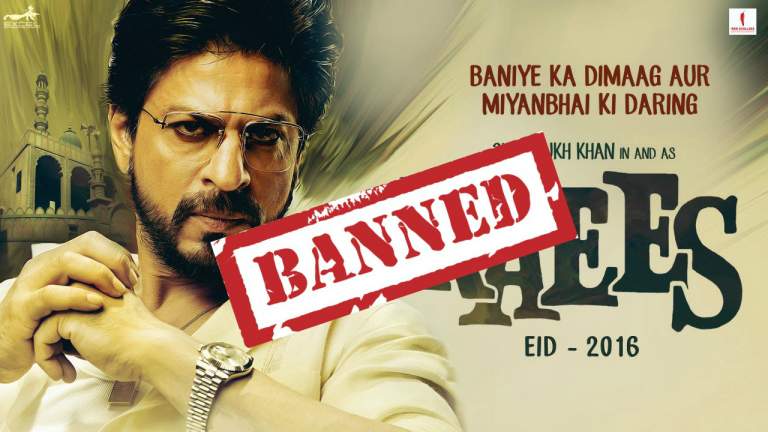 Citing reasons of Idecent and Immoral Potrayal of Muslims the Pakistani censor board has banned
Raees movie which was slated to be released this sunday in pakistania movie theatres. Dashing hopes of Mahira khan who was very enthusiastic about the movie as it is her first bollywood movie that too with none other than shahrukh Khan.

The decision was taken by pakistani censor board after viewing the movie and they found it to be unsuitable for pakistani audience. They have major objection to its potrayal of muslims as bootleggers and doing all other immoral activities.  The censor board claimed that it did not depict the real muslim diaspora and real face of Islam and its values.

But deeper analysis into the matter would throw light on the other prominent possible reason could be it has a part of D Company depiction in the movie through gangstar Moosa. When D company is in hiding in pakistan which could have triggered the decision ot ban the movie. It could be the other major reason.