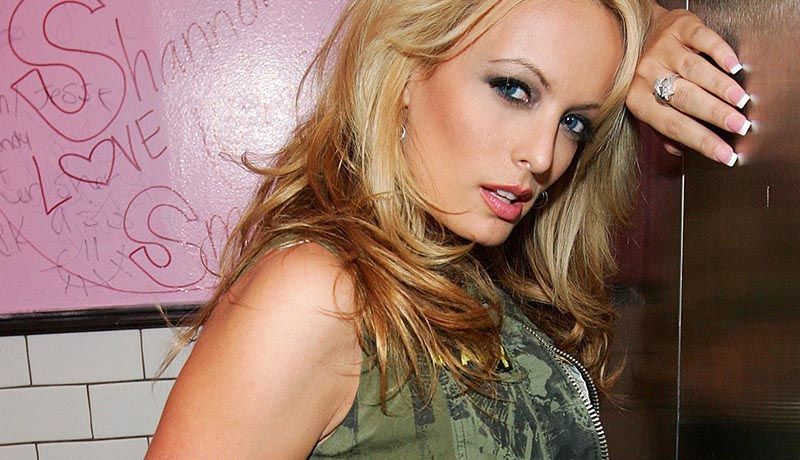 Washington, Mar 7 (PTI) Stephanie Clifford A former adult film actress has sued US President Donald Trump, claiming that his lawyer forced her to sign a statement in 2016 to stop Stephanie Clifford from going public about her alleged relationship with the then Republican-presidential candidate.

Stephanie Clifford, who is known as Stormy Daniels in the adult film industry, filed a lawsuit in a California State court yesterday.

Running into 28 pages, the lawsuit alleges that Stephanie Clifford was paid USD 130,000 by Michael Cohen, personal lawyer of Trump, to not to go public with her alleged sexual encounters with Trump when he was the then Republican-presidential candidate.

Trump has ?vehemently? denied these allegations.

“Despite Trumps failure to sign the agreement, Cohen proceeded to cause USD 130,000 to be wired to the trust account of Stephanie Clifford attorney. He did so even though there was no legal agreement and thus no written nondisclosure agreement whereby Stephanie Clifford was restricted from disclosing the truth about Trump,” the lawsuit said.

The lawsuit has said that Stephanie Clifford began an intimate relationship with Trump in the summer of 2006 in Lake Tahoe, which continues till 2007.

?This relationship included, among other things, at least one ?meeting? with Trump in a bungalow at the Beverly Hills Hotel located within Los Angeles County,? the complaint said.

The complaint, released publicly by Stephanie Clifford attorney Michael Avenatti, said that on October 28, 2016, Clifford and Cohen signed the “Hush Agreement” and it was not signed by Trump.

“To be clear, the attempts to intimidate Clifford into silence and shut her up in order to protect Trump continue unabated,” the law suit said. “On or about February 27, 2018, Trumps attorney Cohen surreptitiously initiated a bogus arbitration proceeding against  Clifford in Los Angeles. Remarkably, he did so without even providing Ms. Clifford with notice of the proceeding and basic due process,” it alleges.

Previously, Cohen had acknowledged that he paid USD 130,000 to Clifford from his own pocket as he was unable to locale Trump at that time. The Hush Agreement was signed before Stephanie Clifford was planning to go public with her information and alleged relationship with Trump.

The lawsuit among other things uses an alias name for Trump as David Dennison. PTI