Home » Trivia » Who is Anna Lezhneva 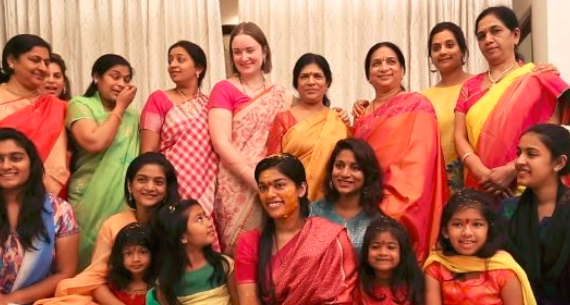 Anna Lezhneva – It seldom happens that a lead actor took interest in Foreign artists (Anna Lezhneva) in Indian Cinema. In one such instance Pawan Kalyan found a perfect life partner in a foreign artist Anna Lezhneva who was working on the sets of his Movie Teen Maar in 2011, Pawan found a perfect match in Anna Lezhneva for his pawanism in Anna Lezhneva a Russsian Artist. The both found each other perfect and loved each other on the sets itself and started being together and moving together during this period. Before solemnising their marriage they became parents to a baby girl as Pawan was not yet officially divorced to Renu Desai. Renu Desai happens to be the second wife of Pavan Kalyan.

Pawan Kalyan and his Second Wife Renu Desai are parents to two children and after the divorce Renu Desai moved to pune with her two kids. Pawan keeps in touch with the kids from renu desai by travelling to and fro to pune during festivals and holidays.

There was a enormous confusion when pawan kalyan announced his third marriage, media got confused with Dana Marks as the third wife, as Dana Mark being the co star in Teen Maar, moreover Dana Marks was seated next to Pawan Kalyan during the launch of teen maar and the media presumed her to be his third wife. The pictures with Dana Marks were Afloat all over the media platforms. Though still Pavan kalyan never announced that Anna to be his third wife yet, it still needs to be confirmed by the actor himeself though he confirmed his third marriage.