Your selected category does not have any records at your current location.

Hyderabad India is where culture and modernity make the perfect blend. This Site aims to ease the Hyderabad for tourism to reach Hyderabad visiting places and Citizens the way they go through the city either for tours or conducting business or just planning to have a good time, know Hyderabad news, Hyderabad weather, find Hyderabad 5 star hotels we have few recommendations to offer for your benefit.

Hyderabad India is the fourth largest city in India. Hyd is the capital of the newly formed state of Telangana. Hyd has been declared most safest and liveable city by international agencies. Hyderabad has a new Hyderabad metro, Hyderabad is a cosmopolitan city where you will find the best cuisine in India, no other city in India can beat the cuisine especially Hyderabadi biryani and affordability of living in such a large cosmopolitan city. Hyderabad Metro Rail has eased the traffic which major cities are struggling to handle, the city has beat all the cities in India in affordability of living, no one can deny it. The city was founded by Mohammed Quli Qutb Shah in 1591. Charminar is the icon of Hyderabad representing the city globally. Hyderabad map has grown in size in just a couple of decades. The city hosts international conferences and has become a new venue for all international conferences. Hyderabad population has grown by leaps and bounds and today Hyderabad India City stands as the fourth largest city. Hyderabad real estate has been the best in India and the new upcoming Hyderabad pharma city is the talk of the nation. The city is multilingual almost all Hyderabadi understand and speak English, Telugu, Urdu, Hindi and there are significant Marathis, Kannada, and Tamil speaking Hyderabadi’s.

It is a city to explore before one dies, as said by National Geographic, city is most heritage rich city be it Charminar, Chowmohalla, Falaknuma, Mecca Masjid, Birla Mandir, Ramoji Film City, Salar Jung Museum, Hussain Sagar Surroundings, Qutb Shahi Tombs or old havelis of Nawabs, even a week is not enough to explore the city, so dont wait start exploring the city of wonders !! The rich hyderabadi cuisine is visible in all cities of India by the name of Hyderabadi Biryani and Hyderabadi Haleem, but to get real you better be in Hyderabad India City before concluding a opinion of Hyderabadi Cuisine. You can check out our Listings according to your Interests to help you.

Places Around You View All 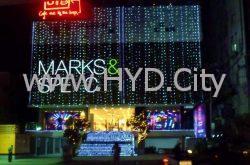 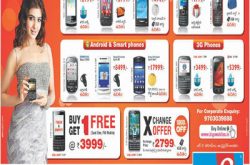 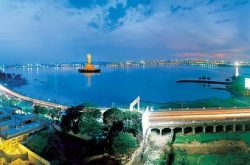 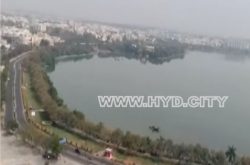 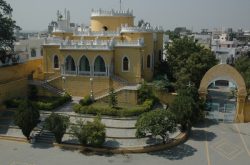 Asmangarh Palace Located near the T.V. Tower at Malakpet, the Asmangarh Palace was constructed in 1885 by the Paigah Noble Sir Asman Jah. The Asmangarh Palace is located on a hillock with a commanding view of the surrounding forest, which served as a hunting preserve for the Nizam and his courtiers. The Nizam was so  Read more » 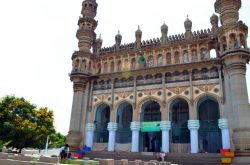 On the scale of architecture Toli Masjid ranks next after Mecca Masjid, Hyderabad. This mosque is located in Karwan 2 Km away from Golconda. Build my Mir Musa khan during the reign of Abdullah Qutb Shah. Mir Musa Khan used to be the chief architect of Mecca Masjid and he got 1 percent of what  Read more » 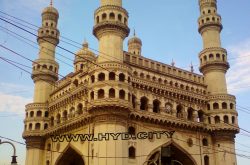 Charminar History & Importance CHARMINAR was built as a thanks to allah by Quli Qutb Shah for overcoming the plague. Charminar, a magnificent monument with four graceful minarets reaching the sky, was built over 400 years ago. It was built by the founder of the ciy Mohammed Quli Qutub Shah in 1591, when he shifted from  Read more » 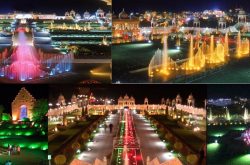 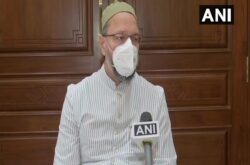 Yogi govt has perpetrated hate against Muslims in UP, says Owaisi

AIMIM chief and MP Asaduddin Owaisi Saturday reacted to the Unnao incident where a vegetable vendor succumbed to injuries after Uttar Pradesh Police mercilessly beat him for selling vegetables during the lockdown and said the Yogi government has perpetrated hate against Muslims in the state. (adsbygoogle = window.adsbygoogle || []).push({}); Speaking to ANI, Owaisi said, “If the Boys name is not Faisal and he is a Hindu with a [Read More...] 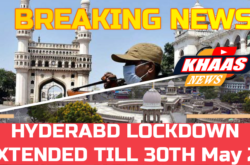 Hyderabad Lockdown Extended Till May 30th 2021

Due to rising covid cases in Hyderabad and Telangana Region Telangana/Hyderabad Lockdown has been extended till 30th May. After a telephone Meeting with Cabinet Ministers Telangana Chief Minister Shri KCR has extended the lockdown till 30th May. The Chief Ministers office has issued instructions to Chief Secretary to issue the required Notice in this regard. (adsbygoogle = window.adsbygoogle || []).push({}); #LOCKDOWN [Read More...]